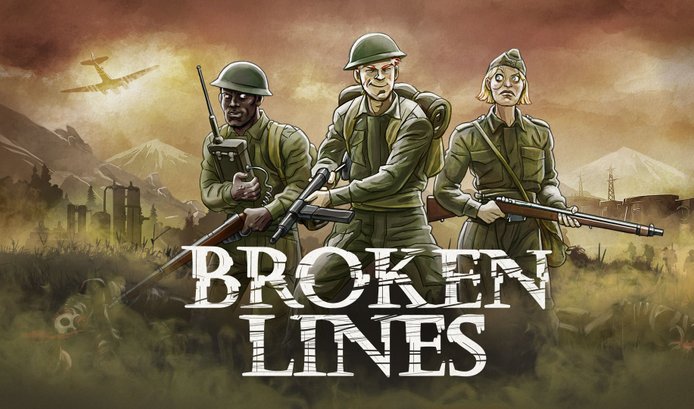 I worked as Art Director, Lead Game Designer and Level Artist on the tactics game Broken Lines, which released in 2020.

For the game we created a narrative driven branching campaign with 21 levels (and 10 tutorial skirmishes).

The game tells the story of eight soldiers crashlanding in unknown enemy territory which has been stricken by an environmental distaster.

I helped design the core game play systems, which we iterated and refined on during the entire production.

I designed and cowrote the story together with our writer and directed the various voice actors.

Created design briefs and overall layout for the levels. Gameplay balancing, flow and feedback for our level designers.

I art directed all levels. I worked on ambience such as lighting and fog and general environmental art dressing.

I created concepts for characters and props together with the artists. Directed and designed animation. I also did storyboards and I directed and edited the cut scenes and recorded footage for trailers and other promotion.

I directed, wrote the script and recorded footage for this trailer:

Here is a gameplay video I recorded and edited for internal use.

I directed and recorded a series of developer diaries explaining and detailing the gameplay.

You can watch the entire series here

Here are some level screenshots without UI I captured during the production. They were used internally to track the mood and color ambience in each level. Some of them were used as promotional material.

Here are some gameplay screenshots I recorded while playing the game. This material was used for promotion in trailers and store screenshots.

Here are some concept paintings I made during the production of the game. I worked on everything from level and landscape concept painting, character portraits, designing the logo and initial UI, to maps and menus.